MIAMI – The last two months have been “a testament to what the American Red Cross can do,” with Hurricane Maria in Puerto Rico just the latest in a series of crises, says the organization’s Regional Communications & Marketing Director, Grace Meinhofer.

“Three hurricanes, the California fires, we helped with the shooting in Las Vegas and we also assisted the Mexican Red Cross with the earthquake. We can’t do it without the help of volunteers and people who are ready to deploy at the time of need,” says Meinhofer.

In this interview with Beet.TV, Meinhofer welcomes additional volunteer manpower, but she stresses that preparation for any man-made or natural crisis requires advance preparation.

“There’s a need anywhere that there is a Red Cross chapter. This is the time for people to go to their local chapter, get training, get registered.”

When it comes to hurricanes, this has probably been the worst season the Red Cross has ever seen, according to Meinhofer.

“We heard about Irma and Maria coming right when we were working Hurricane Harvey,” Meinhofer says. “So as we are attending to two other hurricanes, Puerto Rico is also getting ready for the hit of Maria.”

In the U.S., the Red Cross manages some of the shelters that open when crises occur. “Puerto Rico is in charge of managing. So we support the government in whatever it is that they need to support the people from the island.”

To date, more than 500 Red Cross staff and volunteers have visited all 78 of the municipalities in Puerto Rico, according to Meinhofer, distributing food, water, Pampers and other supplies. “They come from anywhere. We have people from Alaska, we have people from Michigan.”

One of the group’s most important services has been “reunifying” people who are separated from their families because the power grid has been immobilized. The Red Cross uses satellites to reconnect them via their cell phones, regardless of whether family members are on Puerto Rico or elsewhere.

Acknowledging that the impact of Hurricane Maria on Puerto Rico will be long-lasting, Meinhofer encourages the involvement of new Red Cross volunteers. “We can’t do it without the help of volunteers and people who are ready to deploy at the time of need,” she says.

This video is part of series highlighting the pressing issues facing Puerto Rico. It is part of a media industry initiative to help the island organized by Beet.TV, the Omnicom Media Group. The program launched this week in Miami. 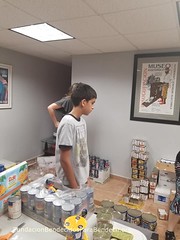 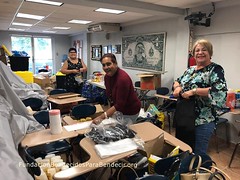 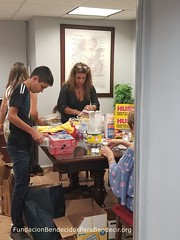 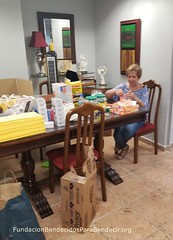